COVID Blog: In Uganda, COVID-19 restrictions are limiting access to sunscreen, critical for the survival of people with albinism

It’s been several weeks since Barbra Anying went out to sell shoes in Lira, a city in northern Uganda. When non-essential businesses were prohibited to function due to the COVID-19 lockdown, she used up all her savings to sustain herself and her family, and is now unable to re-launch her modest mode of living.

“When I reached her with sunscreen, she had several sores and a few lesions on her skin,” says Pat Larubi, a disability rights activist and a volunteer with the nonprofit, Source of the Nile Union of Persons with Albinism (SNUPA). Anying, a local leader for a group of about 40 people with albinism in Lira, is one of the 500 persons with albinism who received sunscreen from Larubi during the lockdown.

In June, Kampala-based Larubi drove 800 kilometers, covering 15 districts in Uganda on his motorbike, to deliver high SPF sunscreen to SNUPA, sponsored by the UK based charity, Advantage Africa.

Sub-Saharan Africa is reported to have one person with albinism for every 2000 to 5000 people. Owing to the lack of melanin in their skin, as well as lack of access to sunscreen, nine out of 10 people living with albinism in Africa die due to skin cancer before their 40th birthday. In Uganda, many of them depend on a tiny number of non-profits for their supply of free sunscreen, as the products available in the market are imported and unaffordable to hundreds of people with albinism who live in poverty.

“Despite being a part of the country’s Disability Act, there is hardly any protection of the rights of people with albinism by the Ugandan government,” says Peter Ogik, co-founder and executive director of Jinja-based SNUPA. The Disability Act clearly mentions the free or subsidized provision of skin protective creams by the government to persons with albinism, but it is not being done yet. For a population of 44 million, Uganda has just a handful of dermatologists, Ogik says.

Ogik had co-founded SNUPA in 2013 to support people with albinism like himself. Over 1,000 of its members regularly receive sunscreens, long-sleeved shirts, lip-salve and broad-brimmed hats for protection from the searing sunlight. Monthly skin cancer screenings and a camp every quarter in Jinja to remove pre-cancerous lesions on those who might have developed cancer were being held until the lockdown paused all activity.

To remain connected through the lockdown, SNUPA regularly conducted conference calls with its members to learn about their setbacks. “We played songs on radio and TV for our community to keep their spirits up,” Ogik says.

During those calls, Ogik heard that five of SNUPA’s members suspected having developed skin cancer and a few more reported their pre-cancerous lesions to be worsening. “There was a huge outcry, as no one was able to reach the SNUPA dermatologist based in Jinja,” he says.

To offer relief, SNUPA’s dermatologist has since been on home visits for cancer screening. All cancer referrals are being sent to Kampala for treatment in taxis hired by SNUPA. In addition to that, Larubi volunteered to distribute sunscreen to many people with albinism who cannot travel due to the lockdown.

Personal visits revealed that living with albinism made life harder during the lockdown. A number of people were unable to go for work due to the transport ban. No access to sunscreen to protect their skin meant walking wasn’t an option. Some others had to shutter their small run-from-home enterprises selling non-essential merchandise. Therefore, a few people put  their kids to work as domestic helpers, to eke out a living, until they could find something to do again. For a person with albinism, it is doubly challenging to find work due to the discrimination stemming from the myths about them being ghosts or supernatural beings. In Uganda, particularly, a lot of people complain of not being able to find work as the employers are “scared” of their appearance.

Larubi found a lot of people going hungry and said that public relief initiatives have not yet thought of people with albinism. “When you can’t put food on the table, how will you think of taking care of your skin?” says Larubi.

“During one of my visits, thanks to a donation, I was able to buy posho, beans, cooking oil, washing soap, sugar, and salt for a few families,” he adds.

Ogik says that SNUPA would continue its relief work for as long as possible. “But it’s time the government proactively supports our community,” Ogik says. Especially with the Disability Act in place, the government must fulfill its promises, because the disabled people of Uganda cannot continue to wait.

Links to articles and sites referenced

Plos One: Beliefs about people with albinism in Uganda: A qualitative study using the Common-Sense Model

All Africa: 90 Per Cent of Albinos With Skin Cancer Die, Body Says 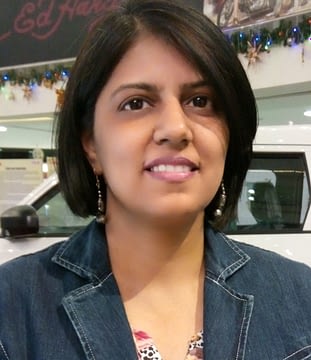 Priti Salian is a Bangalore-based journalist who has reported from India, Germany, and Uganda on human rights, social justice, development, and culture, with a strong focus on disability, gender, and ageing in the recent past. Her byline has appeared in the BBC, the Guardian, National Geographic, Devex, CNN, and many others. Her website is www.pritisalian.com and her recent work can be found at pritisalian.contently.com.

Would you like to write a blog post about your COVID-19 experiences as a person with a disability or a disability-led organization? Submit a blog pitch via this form.

If you are having technical issues or accessibility issues on this site, email wid@wid.org.

Skip back to main navigation

0 comments on “COVID Blog: In Uganda, COVID-19 restrictions are limiting access to sunscreen, critical for the survival of people with albinism”

by Kat Zigmont During the first week of January, I traveled to Las Vegas, NV to attend the Consumer Electronics Show (CES) as part of the Consumer Technology Association (CTA) Foundation’s accessibility leaders cohort. We have the privilege of attending…
END_OF_DOCUMENT_TOKEN_TO_BE_REPLACED
16 Dec

by Marcie Roth As 2022 comes to close, I find myself reflecting on a challenging year balanced by measurable progress, growth, and collaboration. With each success, each milestone achieved, I am motivated by disability leaders coming together in a growing…
END_OF_DOCUMENT_TOKEN_TO_BE_REPLACED
08 Dec

In Loving Memory of Hale Zukas

WID joins disabled people and our allies around the globe in mourning the loss of Hale Zukas, an incredibly impactful disability rights advocate and former staff member at the World Institute on Disability for over 30 years. Hale was a…
END_OF_DOCUMENT_TOKEN_TO_BE_REPLACED
02 Dec

By Kate Anderson In March 2021, Congress and President Biden passed the historic American Rescue Plan Act (ARPA) to provide economic relief from the effects of the pandemic and ongoing recession. Many Americans recall this $1.9 trillion bill as the…
END_OF_DOCUMENT_TOKEN_TO_BE_REPLACED
29 Nov

Why Unrestricted Funds Are Important for Nonprofits

And why are they are especially important for disability-led organizations like WID By Charlotte Stasio A Season of Giving As 2022 comes to a close and many nonprofit organizations prepare for a new year of strengthening commitments to marginalized populations,…
END_OF_DOCUMENT_TOKEN_TO_BE_REPLACED

Trending On Our Blog:

Non-Apparent Disabilities: When Your Disability is Not Visible

By Drew Dakessian The word ‘disability’ might call to mind an image of someone who uses a wheelchair, crutch or other mobility devices. Why? Because these mobility devices are visual indicators that a person is disabled. But many disabilities are…
END_OF_DOCUMENT_TOKEN_TO_BE_REPLACED
13 Apr

by Hannah Soyer Social media has been a blessing for many, especially those of us with disabilities who often find it difficult to access various physical spaces due to access barriers. But, like most Internet mediums, social media represents a…
END_OF_DOCUMENT_TOKEN_TO_BE_REPLACED
28 Mar

16 Disabled Women and Femmes You Need to be Following

by Drew Dakessian There have certainly been some well-known disabled women and femmes throughout history, and yet, for too long, they’ve been considered the exception, not the rule. Fortunately, the digital age has empowered women and femmes with disabilities to…
END_OF_DOCUMENT_TOKEN_TO_BE_REPLACED
11 Feb

Dating With A Disability

Ableist Language & Phrases That You May Unknowingly Use

View All Of Our Blog Posts